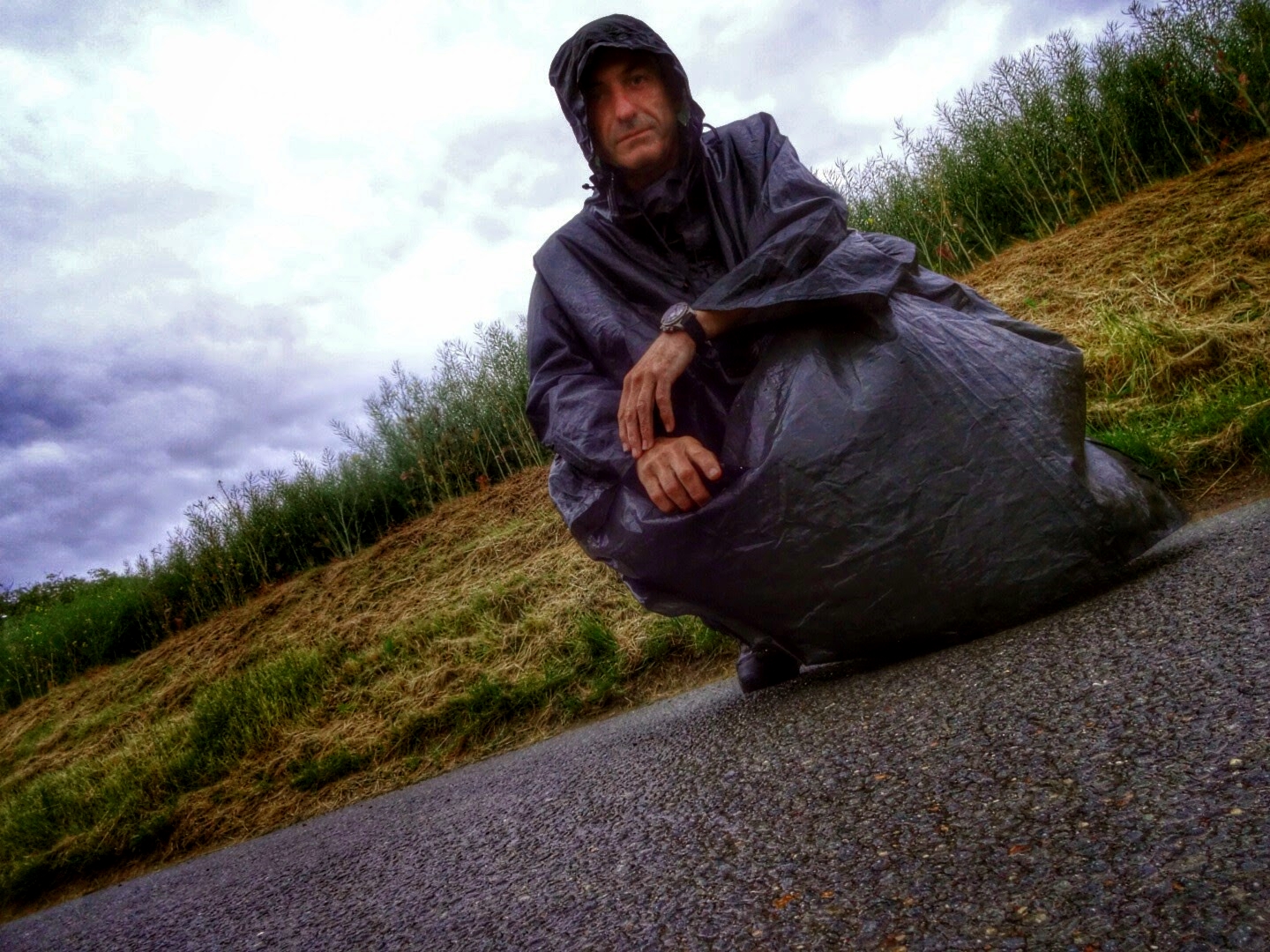 Probably one of the toughest days. I reached Ablis in the late afternoon and should have stayed there but I continued. Sometimes I used the cel phone GPS in conjunction with Google Maps because the zooming is easier. You even can search for routes from one point to another in a kind of “walking mode” but this is still a beta function and I would really advise everybody who is reading this not to use it.

In my case it guided me directly on a heavy circulated national road. About half an hour after I left Ablis the sky which was already black for a while exploded above me and tons of water fell upon my head. In addition, large trucks were throwing their wind hoses and more water into my face when they passed by with 120 km / h or more. Also in France there is almost no paved margin on the sideline where you could walk so everytime a truck passed by I had to step into the wet pastry to my left with my old shoes which didn´t have any Gorotex protection left at all.

To leave these national roads is not so easy and mostly related to big detours because there are no nice secondary roads running parallel. Well, somewhen I was so wet and cold and tired that I left the road and moved about 4 km west of this highway to a little village, called Bleury.

My great luck was that I found relatively quick an empty barn which I entered immediately, spread my wet equipment and fell asleep within 5 minutes.