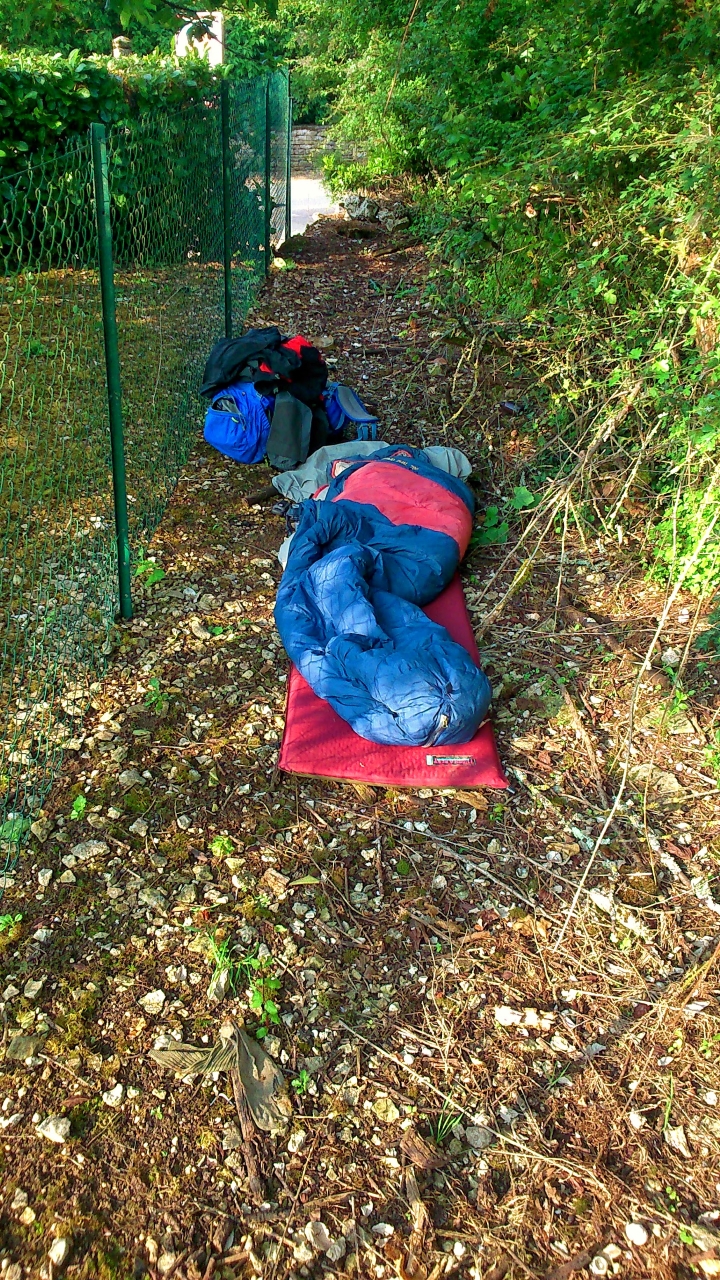 Saint Sauvant is a tiny kind of “ghost” village, I arrived there at about 9 pm, when there was nobody any longer on the street and I didn´t even try to ask for accomodation. There were 2 benches in front of the church where I initially intended to stay that night. But when the bells of the church sounded, to mark the hour, it became clear to me that this was probably nos such a good idea.

So I packed my things and moved outside the village in order to find some place in the fields. Suddenly a municipal camping arrived on the left side and I was more than happy to stay there, only that it took me about 1 hour to understand that, except a lonely horse, I was the only one there, it was kind of abandoned.

I first didn´t care but at about midnight, I heard some strange noises around me always ending with some kind of screaming, it was really spooky, I started to imagine things and of course couldn´t sleep any longer. So I packed my things again and moved a litte more closer to that “ghost” town where I could at least hear the noises of some kind of a nearby birthday party and where I felt safer.

The next days I still had to think about these strange noises and my theory is that there was probably an owl hunting and what I heard was the noise of its wings and the screaming the mouses it caught? Its just a theory, of course.