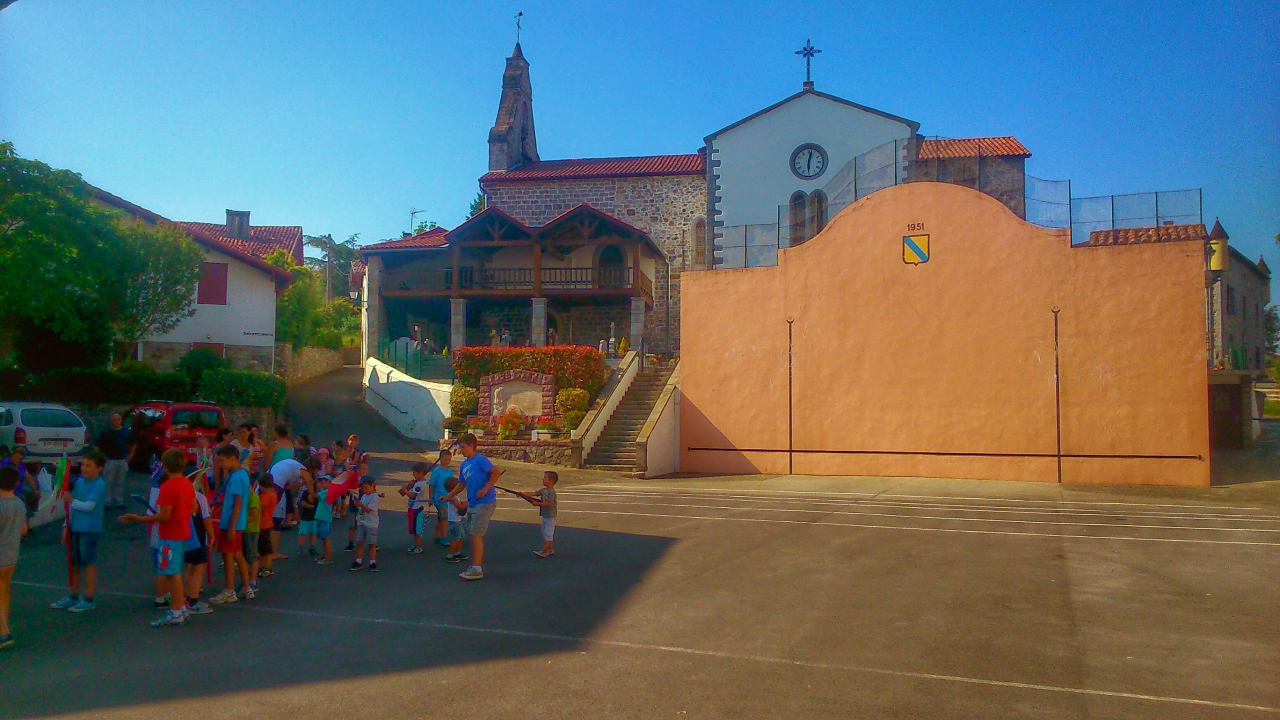 I already love the Basques, their villages are simple but charming, with traditional houses, a church with an integrated cemitary, adjacent a huge wall with a square, where they play their kind of squash and a bar. So the whole village is drinking beer and watching the guys hitting the hardball with their hands against the wall, which by the way is serious sports. So at 21:30 I wanted to pay my bill to look for a nice outdoor sleeping place when the owner of the bar started to talk to me in Basque.

I thought he wanted to know how much beer I had but than I understood that he wanted to know if I had a sleeping place. I said no, its 6 days that I haven’t seen a bed. Than he called me to the window of his bar, smiled at me and pointed to the church which has a kind of 1st floor wooden construction, above the tombs, where a little staircase leads up. I smiled back to him and understood, this is where I would stay tonight. So I ordered some more beers which hopefully would help me to sleep because I hadn’t much the last nights. The place is called Iholdy,

Ah, and in the morning he invited me for a breakfast in his bar, a German breakfast he proudly announced. It was good but too little for me, I remember that after the first corner of the village I packed out my bread I bought the day before starting to inject the calories I would need for the mountain shortcut to cross until Saint Jean.