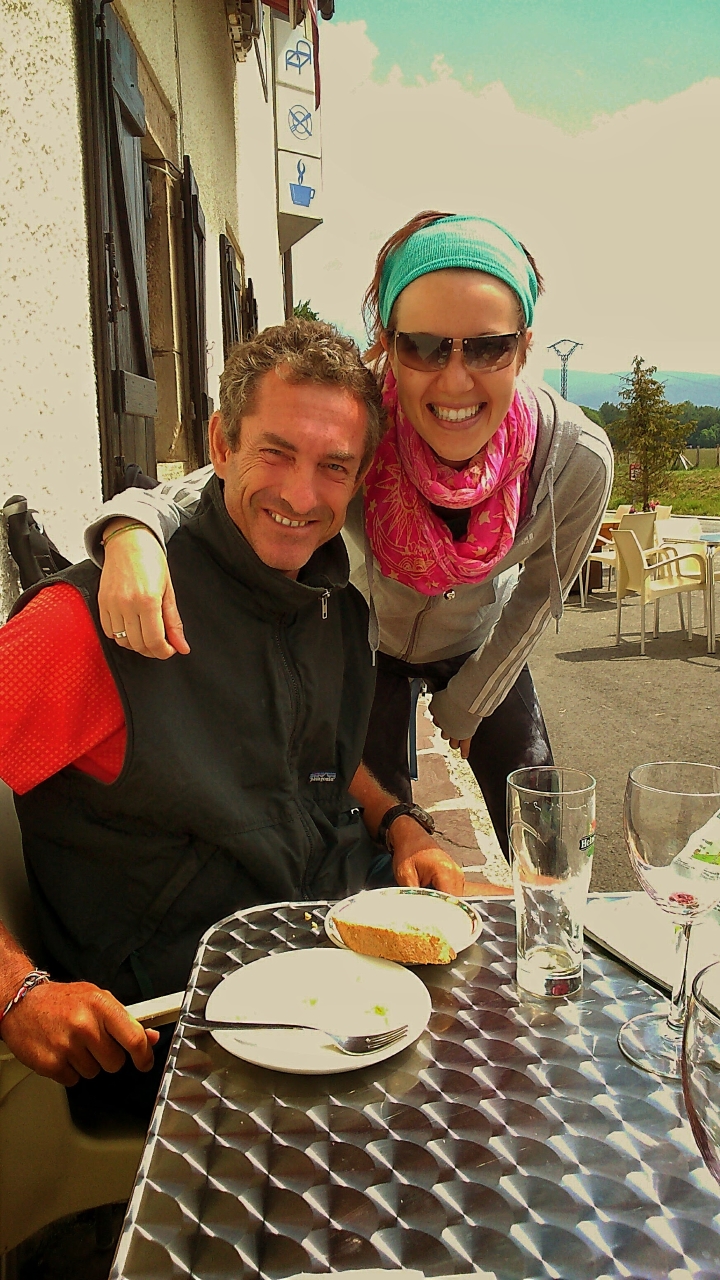 Roncesvalles, where Roland, commander of Charlemagne´s rear guard was defeated by the Basques in 778 and by that became a hero, inspiring the famous Song of Roland (see legend).

I re-met Paula and her funny friend Marco from Italy (both had been for one night in the same albergue in Saint Jean Pied de Port). Marco told us that the Saint Jaques Association in Rome, where he got his pilgrim pass, forced him to indicate in written, why he decided to do the Camino. Apparently he did not agree to so much insistance from the association, so he just put “Sex” there, as his main purpose. I remember that we laughed so much about this comment, because sex is probably the last thing you will find on the way to Santiago.